A Very Short History of Dowsing

The divining rod is a special variety of the magic wand which is itself just one of the innumerable versions of the staff as a symbol of power. The first sources that say clearly that the divining rod was used to find hidden or lost objects date back to the early 15th century. The divining rod gained popularity or rather notoriety in the 16th century when it was used – against the explicit criticism of Georg Agricola (1494-1555), the father of scientific mining, - in the rising mining industry of Germany. 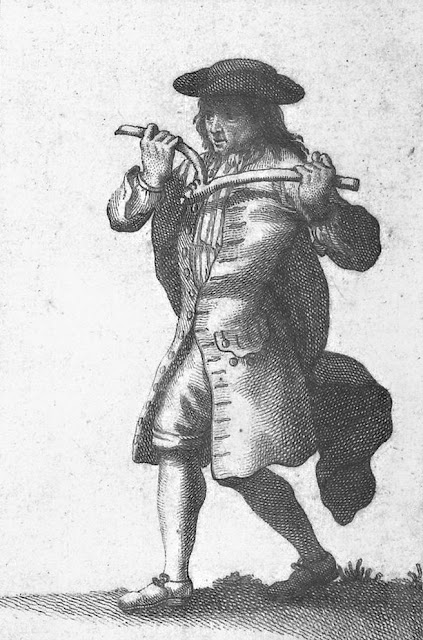 During the early modern period, the divining rod turned into an all-purpose tool for divination: Dowsers claimed that they could find forgotten boundary stones, suitable sites for building, game in the exploited hunting grounds of the nobility, unoccupied spots in the churchyard, or even mistakes in history books. If you searched for hidden springs or mineral veins you did not even have to leave your study anymore: It was sufficient to hold the divining rod over a map. It would point out the spot where you had to dig. In 1692, the master dowser Jacques Aymar even managed to find a murderer who had escaped the law enforcement officers of Lyon. Even though the magical charlatanry of dowsing never went unchallenged the divining rod survived into the 21st century.

Whereas the early theoreticians of the divining rod had claimed that there was some mysterious connection between the rod and the materials you searched for, from the 17th century onwards the person of the diviner became more important. It was said that only especially sensitive persons were able to dowse. The 20th century witnessed a relative ‘democratization’ of the use of the divining rod: It was now claimed that you did not need any special kind of talent in order to work successfully as a dowser. All it took was a little concentration and one of the many, relatively cheap training manuals. Dowsing for supposedly healthy food – never mind what your doctor might say - seems to be the latest trend.

Professor Johannes Dillinger, Professor in History, among whose many research interests are the history of Witchcraft, Magic, and Folk Religion.