In 1917, at the height of the First World War, George V renamed the royal family from Saxe-Coburg-Gotha to Windsor . The name ‘Windsor’ was suggested by his Private Secretary, Lord Stamfordham, who discovered that Edward III was known as ‘Edward of Windsor’ before he became king. At the same time a number of royal German cousins were also naturalised, the Battenburg family was renamed as Mountbatten, the Teck family became the Cambridges. To mark the centenary of the founding of the House of Windsor, Channel 5 has commissioned ‘Inside Windsor Castle’ and Channel Four has screened ‘The Royal House of Windsor.’ Both featured familiar and well-worn myths the royals about the German antecedents of the House of Windsor; myths that are in need of a long overdue debunking.

The Royal Family is German.
One of these myths is that the royal family is German. Well it is in origin, but there was never a German monarch. The usual claim for the royals being German is that in 1714 George of Hanover became King, and he was a German. And in 1840 Queen Victoria married Prince Albert of Saxe-Coburg-Gotha, who was German. But in neither case were they German by the time they arrived in Britain. In 1705, the Princess Sophia Naturalisation Act laid down that Sophia, and all her descendants, were naturalised British subjects. It was her son who inherited the throne in 1714. Similarly in 1840 Prince Albert gave up his Coburg status and was, also by act of parliament, naturalised as a British subject. 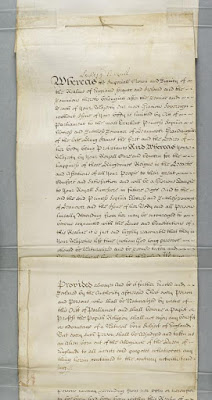 In fact George I (r. 1714-1727) and George II (r. 1727-1760) were the last kings to have lived for any time in Germany. George III famously said: ‘born and educated in this country I glory in the name of Briton.’ So the idea that the royal family is German, or was for over a century and a half, is an illusion.

They Spoke with German Accents
Well George I and George II did and Prince Albert did. But the others did not. Why would they? George IV, William IV, Queen Victoria, Edward VII and George V were all brought up and educated in Britain. But this is a stubborn myth. In reviewing ‘The Royal House of Windsor’ in February 2017 in The Daily Telegraph, the journalist Harry Mount wrote of Queen Mary that she was ‘of German stock … speaking with a marked German accent all her life.’[1] Queen Mary was certainly ‘of German stock’ –her father was Prince Frederick of Teck- but she had a British mother (Princess Mary of Cambridge) and was brought up in Britain. Moreover recordings of Queen Mary survive, such as her Empire Day speech in 1923, which demonstrate that she clearly did not speak with a German accent.[2] This is a myth that has been repeated so often that it is sometimes assumed to be true.

The ‘alien’ view of the royal family has a long lineage. Saxons complained about Norman invaders, Tudors were derided as Welsh upstarts and the Stuarts regarded as Scottish interlopers. But the real alien myth began in 1714 when George I succeeded Queen Anne, who died without heirs. Jacobites, who favoured the restoration of the Catholic Stuart family from France, emphasised George of Hanover’s foreignness as a way of undermining his legitimacy. One writer questioned whether, as a Lutheran, he could become king as he had not been baptised by an episcopal chaplain (in fact it was soon shown that he had been). But the commonest myth was that the House of Hanover were very distant cousins of Queen Anne and had only a tenuous claim to the throne. The myth grew up that there were dozens of people more closely related to Queen Anne but had been debarred from the throne because they were Catholic (because the Act of Settlement of 1701 debarred Catholics from succeeding). This is a myth that has survived to the present day. In 2014, on the three hundredth anniversary of the Hanoverian succession of 1714, there was some coverage of the event on BBC radio programmes. Two historians made the claim that in 1714, when Queen Anne died, there were fifty people more closely related to her who were debarred from the throne because they were Catholics, so the throne passed to George of Hanover because he was a Protestant. Could there really have been fifty people closer to Queen Anne who had been excluded by the Act of Settlement? It sounded unlikely to me. So I worked my way through the genealogical tables to try to find if this was true. There wasn’t fifty or even fifteen people, there were six. I made the evidence available on the History of Parliament website.[3]

There are all sorts of ways in which royals are different from us, but foreignness is not one of them, however it’s a myth that takes a long time to die.

By Professor William Gibson, Director of The Oxford Centre for Methodism and Church History

Image: The text of the Princess Sophia Naturalisation Act, 1705