According to a great deal of literature on comedy, film, and gender within these two topics, comedy is a skill attributed to men, and not women. As a film lover, and a feminist, I thought such statements were ridiculous, and thankfully so did my CMC dissertation supervisor Dr Hannah Yelin, as well as a few excellent authors such as Kathleen Rowe of The Unruly Woman (1995). In this book, Rowe discussed the idea of the ‘unruly woman’ in comedy with theories surrounding excess, the public sphere, and the subversion of patriarchal norms through women’s comedy. This book became the groundwork for my third year dissertation, aiding the development of my question surrounding female comics in film across the years. Ultimately I wanted to discover how subversion of the female gender resulted in comedy, and decided upon four films to analyse: That Touch of Mink (1962), When Harry Met Sally (1989), Miss Congeniality (2000), and Bridesmaids (2011). Although being keen on the films already, they also represented a fifty year period that covered three waves of feminism and a multitude of societal changes, and I was curious to see how things had changed. 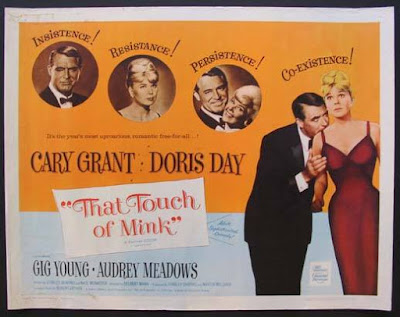 The process began with a great deal of reading, and truthfully stayed that way for the number of months that followed, with my completed reference list featuring almost 100 titles from feminist film theory, to male comedy, and gender performativity. Some books such as Gender and Popular Culture (Milestone and Meyer, 2012) or Representing Women (Macdonald, 1995) became increasingly useful throughout my project, seeming to have something to say about almost every aspect of analysis. To begin with however, I needed a slightly broader, and less focused understanding into what would help both myself, and any readers of the key foundations of the project. In undertaking my literature review, I immediately divided up my reading into three topics: the waves of feminism, historical attitudes to gender, and femininity. Looking into femininity, specifically how ideas are constructed about what it means to be female or ‘feminine’ actually ended up being a key part of the project and its conclusion. It also led me to a new gap in research that gave the project more purpose; understanding how this concept of comedic femininity offered opportunities for ideas about the female gender to be subverted, but was not so easy to read up on. I discovered my rationale and aims in the lack of literature on why it was funny when women didn’t conform to behavioural norms of femininity. 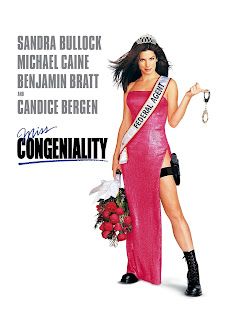 Looking back now, it’s harder to recall why I chose the films I did, but I do remember my mother acting as a soundboard for all the good female-led comedies I could think of. With more time, and more words available to me, I’d gladly extend my research to an earlier decade in the form of His Girl Friday (1940), and equally fill out the gaps further with films like Overboard (1987) that fit more neatly into the subgenre of ‘romantic comedy’. The want for more space and time to research grew with the depth of my analysis. Even now, months after completion, there’s so much more I want to know and uncover. The actual process for analysis was very simple, and included me watching a few of my favourite films over and over, and making notes simultaneously. I was, however surprised that it wasn’t always obvious what I was looking for, and how much the dialogue and storyline of a film could be just as key as the female characters and visuals could be. I was surprised most when I struggled to generate a lot of data on When Harry Met Sally and learned that subversion of gender wasn’t always as simple as the bodily functions produced by the stars of the Bridesmaids film, but sometimes lay in comparison to male counterparts, or in the case of Miss Congeniality, the contrast to male counterparts.

The results that appeared in one film generally seemed to resound with the others albeit a few differences here and there in portrayal of gender, and obviously altering in line with the context of each decade. In discussion with friends and family about my dissertation topic, most have asked generally said at some point or another “So what is the answer?”. In attempts to sum up my project in a few short and easy sentences, I’ve almost always noted the crossing of boundaries between private and public spheres, and how the female gender is linked to ideas of femininity. The version between these short statements and a 9,809 word project lies somewhere in the idea that, within the filmic universe, to be female is to be feminine, which also means to stay in the private sphere, and essentially act as an opposite to masculinity as stereotypical traits would have it. There’s also an interesting feature of shock involved in that comedy found in films like Bridesmaids, The Heat, or similar that centre on jokes about diarrhoea or vomiting that are common in male-centred comedies, but in these films presents a slightly different angle; one of women behaving badly.
Briony Brake, CMC Graduate