Religious experts: choosing which one to trust

Religious disagreements are widespread. People across the world, many of whom are seen as experts in their communities - priests, theologians, monks—disagree about the most basic facts of religion, for instance, about whether we can survive physical death, or whether there are one or more gods. As a philosopher, I’m interested what religious disagreement means and I am currently writing a monograph with Cambridge University Press on this topic, supported by research leave provided by Brookes. I think this work is important in the light of increasing polarization of beliefs about a wide range of topics such as economics and climate change, along political fault lines. Such polarization has given rise to a mistrust of experts (“We have enough of experts”, as Michael Gove recently said). 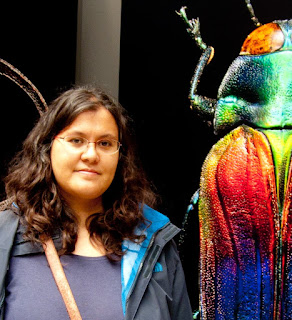 There seems to be an assumption that diversity in opinion among experts means that experts don’t know anything. Moreover, there is a worry for the public that it is hard to decide which expert to trust if experts don’t agree among themselves. My work will use tools from social epistemology – the philosophical study of how our beliefs are shaped in a social context – to help us find out what we do when we are faced with expert disagreement.

Religious disagreement among experts gives rise to many philosophical questions. First, there is the question of what an expert on religion might be. There are notions of expertise which see an expert as someone who has a lot of true beliefs, compared to others. The problem here is that it’s difficult to make out which beliefs are true. For religion, we face the additional problem that it is impossible to test who is right (e.g., about the afterlife, or the existence of God). A more useful notion might be a social notion of expertise, which has to do with an expert’s standing in the community. Take a rabbi in Judaism. Rabbis aren’t priests—the rituals rabbis can perform are the same as what other adult men (and in progressive Jewish communities, women) can do.  Rabbis, rather, are seen as people who have expert knowledge of Jewish law.

The philosopher Alvin Goldman has a hybrid notion of expertise that combines the social notion with the ability of experts to do things. Experts are people who can do things in their domain of expertise. Car mechanics fix cars, doctors can diagnose illness and propose remedies. Experts often help us by ‘imparting to the layperson (or other client) his/her distinctive knowledge or skills’, as Goldman puts it. The doctor helps you by telling you why you have painful joints (‘e.g., you have rheumatoid arthritis’), and can prescribe medications to manage the disease. This is a very useful notion of expertise as it gets around the problem of testing what an expert says is true, and can help us deal with disagreement.

Religious experts can, in this view, help us to do things in the religious domain, such as perform rituals correctly (in many religious traditions, laypeople can’t perform many crucial rituals on their own. This is the case with Roman Catholicism, for example, which requires a priest to celebrate the Eucharist. They also have expert knowledge about the domain in question, for example, about religious law or theological doctrine.

How, then, as a novice do you decide which religious experts to trust, especially if they disagree? You cannot evaluate the content of what they are saying since they are experts and you are not. The epistemologist Linda Zagzebski argues that we should choose our experts and then simply follow everything they are saying in that domain. Your expert is your guru. The problem is that it seems like a bad idea to screen off your own reasoning and beliefs. What if you pick someone who argues the Earth is flat? 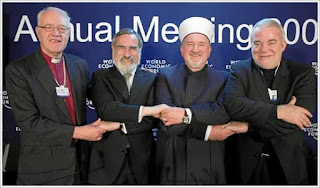 Recently, I’ve been looking into Maimonides, Mōšeh bēn-Maymōn, a twelfth-century Jewish philosopher who wrote the influential Guide for the Perplexed (ca 1190), which was ostensibly written for a student who could not decide between the teachings of religion and natural science (which was called natural philosophy in those days). Maimonides lived in an intensely multicultural society, growing up in Cordoba, and then moving on to Fez in Morocco. All were areas which had multiple religions: Judaism, Islam and Christianity. There was also a large influence from natural philosophy, in particular Aristotle. Maimonides considered how to evaluate the testimonies of venerated Rabbinic scholars, the so-called Hazal or sages of the first five centuries. The Hazal were influential in shaping the Jewish tradition, including many practices of everyday religious observation. Maimonides respected their judgment very much, but he still did not think that a novice should put blind faith in what they wrote.

Maimonides considered what a reader should do if one of the sages plainly contradicted what was known from science. He urged the reader not to follow these sages disregarding other things they knew, or if what they said seemed to contradict common sense: ‘it is not proper to abandon matters of reason that have already been verified by proofs, shake loose of them, and depend on the words of a single one of the sages from whom possibly the matter was hidden...A man should never cast his reason behind him, for the eyes are set in front, not in back.’ He also exhorted readers to think about the cultural context in which these authors lived: ‘Do not ask me to show that everything they [the Sages] have said concerning astronomical matters conforms to the way things really are. For at that time mathematics was imperfect.’ Maimonides thought that one should resist the halo effect: rabbis are experts in Jewish law; that does not mean they are experts in other matters.

So, what lessons can we draw from this, given that our society is highly secularized, that most people in the UK do not follow any religious experts, and are not religiously observant. However, some people continue to do so—they try to be practicing Jews, Christians, Muslims, Sikhs, etc.

Ultimately, you cannot escape a certain arbitrariness in how your beliefs are shaped. The beliefs we are ultimately attracted to, or interested in, are shaped by forces beyond our control such as our upbringing and which experts happen to be the ones trusted in our community. Inevitably, if you follow a religious expert you will not be in a position to evaluate if what the expert says is plausible. However, even if you pick one expert, or a set of experts in a religious tradition, it is wise to not disregard what you know from other fields such as science.