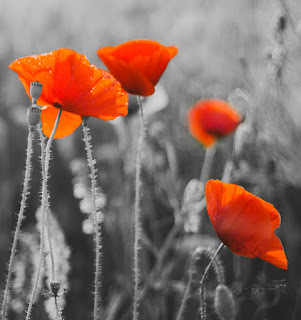 I’m a Philosopher of Religion. I’ve always been interested in how people make or find meaning in life, and one of the most significant ways in which people make meaningful lives is through adopting forms of religious belief or practice.

That is not to say that religion is always a Good Thing: the final chapter of the book I wrote with my brother Brian Clack in 2008 on the Philosophy of Religion considering the relationship between Religion and Terrorism, and sadly this connection has not diminished in the years that followed its publication.

But perhaps this connection should not surprise us: after all, religion is a human phenomenon, and thus it reflects the kaleidoscope of positions open to human beings. We might note that societies committed to atheism have not been averse to dealing cruelly with their citizens. I am interested in the way in which religion can add something creative and positive to life, and in an age where human experience is increasingly being shaped by information technologies and the possibility of Artificial Intelligence, it is not a bad thing to think about the ways in which human beings might create meaningful lives from reflection on their place in the cosmos.

I’m particularly interested in how psychoanalysis has helped us explore the strangeness of the connections human beings make as they seek to make sense of their place in the world. My most recent book was on Freud, and I explored his ideas explicitly against the backdrop of psychotherapeutic practice.

My next book is on failure. I’ve become fascinated by how a dominant cultural narrative of what makes for a successful life has meant we are more miserable and anxious than ever. To be a success - so the story goes - demands attaining status, money and possessions. By exploring the shadow side of success - failure - it is possible to arrive at a different way of thinking about the meaning of life. I’m particularly interested in the way in which death has increasingly been constructed as a form of failure, when in fact it tells us something significant about the role loss and vulnerability play in determining human existence. We are not godlike creatures, separate from each other and the world. We need each other, and reflecting on loss and failure shows just how dependent we are. Instead of greeting the fact that loss and death are fundamental aspects of life with shame, we might instead allow these realities to shape better ways of living that ground us in an appreciation of this mutable world. And my book closes with suggestions about how we might do this!