Why vote? A brief history on British voting culture 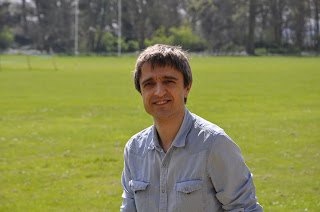 Will you be voting on 4 May?

The local elections are almost upon us, which in Oxfordshire at least—elections are not taking place everywhere in England—means that upwards of 60 seats on the county council are up for grabs on 4 May. Democracy, so central to “our way of life,” is once more about to be practised at the ballot box. Excited?

The answer is probably not—and that’s assuming you even know these elections are taking place. If past trends are anything to go by, turnout is likely to be between 25 and 35% in most divisions. The last time Oxfordshire county council elections were held in 2013 not one division recorded a turnout above 50%. A handful even dipped below 20%.

Oxfordshire is not alone. The fact is that the majority of those eligible to vote in local elections simply don’t bother. For sure, the situation is better when it comes to UK general elections. Even so, over the long-term, electoral participation has steadily declined. The best turnout was secured in the 1950 general election, when some 84% of those eligible to do so voted. And the figure didn’t dip below 70% until 2001, when only 59% voted. Since then things have improved, though we’re still nowhere near to hitting pre-2001 levels. In 2010, turnout was 65%. In 2015, it was 66%.

Why this should be the case is doubtless complex, and has been much debated, especially by political scientists. All can agree, however, that it is partly—and for some, mostly—a product of growing apathy, cynicism and indifference, or what some call “democratic disenchantment.”

It’s just these kind of anti-political sentiments and actions (or inactions) that form a crucial part of my new research project on public life in modern Britain, which besides looking at cynicism and apathy will also examine the political (or for some, anti-political) function of secrecy and economic self-interest. It’s a project, in short, about the corruption of public life, its decay and quiet subversion. And it’s a project that I look forward to developing in my upcoming period of sabbatical leave, which begins in September and is generously funded by the School of History, Philosophy and Culture.

To be sure, apathy, cynicism, indifference: these might seem like the dregs of our political culture, the lumpen stuff we should really put to one side—they’re like the anti-matter of our political universe. It’s no surprise that political historians have been more interested in people who care about politics and the aspirations and ideals that motivate politicians and those that vote for them. And yet, when it comes to understanding what democracy is, and how it is lived and experienced, apathy and cynicism surely deserve consideration alongside activism, engagement and idealism. The statistics quoted above certainly suggest as much.

In any case, they’re no less fascinating and no less historical than the wholesome stuff of active citizenship. Non-voting is a case in point. It will come as little surprise, perhaps, that the problem was first studied in the 1930s, shortly after mass suffrage had finally been fully secured in 1928. It was then that the non-voter was first upheld as a threat to democracy. Yet, as I want to argue, it was also at this point that non-voting began to pose a kind of conceptual challenge to British democracy and all those concerned with its health. The issue of compulsory voting, for instance, was first discussed in parliament in the 1930s, prompting the question of whether such a policy was good for democracy, by ensuring full participation, or bad for democracy, because it violated the right to abstain and do nothing.

Above all, there was the vexed question of why non-voting took place: was it simply that people weren’t interested in politics at all, or rather that they felt alienated from party politics in particular, though not politics per se? Consider the following, written by Tom Harrisson, from Mass Observation’s (unpublished) study of the “non-voter” in Bolton conducted in 1938, one of the first studies of its kind in Britain (the Americans conducted the first in the 1920s): “In this country the non-voter has received little attention either from politicians or political theorists, but it seems of prime importance at the present time for all democracies to discover why so many of their citizens neglect their electoral opportunities.”

He went on to explain that there were “two main schools of thought” on the matter. The first considered “the non-voter either too ignorant or apathetic to go to the polls once a year.” The second advanced “the directly contrary opinion that the non-voters are the elite of the electorate – the sensitive and high-principled who are disgusted with the modern political battlefield.”

Little has changed since and the causes of non-voting are still not clear today. For all the contemporary studies which point to apathy and ignorance, just as many point to the kind of “disgust” invoked by Harrison—and these are very different things indeed.

So, if elections are happening where you live, will you be voting on 4 May? If not, if you stay at home, you might at least ask yourself why.