‘The Man without Desires’: A review of an Exhibition about Max von Baden, the Last Chancellor of Imperial Germany

In the secret correspondence that preceded the last restructuring of the German government before the end of the First World War, Max von Baden featured under the code name “the man without desires” (“der Wunschlose”). Prince Max who would eventually become the last chancellor of imperial Germany has always been a somewhat enigmatic figure. The regional archive of Karlsruhe has dedicated a major exhibition to him that was first presented at Karlsruhe, is now shown at Salem and will finally go to Berlin. Salem manor is a particularly well-suited place for the exhibition. The manor house (formerly Salem monastery) together with its park, the medieval Cistercian church and the world famous Salem public school form a unique ensemble that is well worth a visit all by itself. Large parts of the Salem premises are still in the possession of the Baden dynasty.

Max von Baden (1867-1929) was the cousin of the Grand Duke of Baden. He only became the head of the house of Baden in 1928 a few months before his death. The exhibition draws attention to Max’s favourable position in the intricate network of aristocratic families that still governed Europe at the beginning of the 20th century. 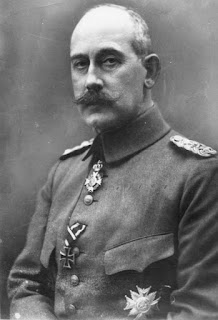 An entire room of the exhibition is dedicated to the personal contacts and interests of the prince. Even though he made a good career in the Prussian army, Max seems not to have been too interested in Reich politics, the court and aristocratic representation. Kaiser Wilhelm II who features in the exhibition in a series of sketches for ‘court’ portraits never formed any kind of meaningful relationship with the aristocratic officer from the South German province. The exhibition presents Max as a keen mountaineer, enthusiastic Wagnerian and sophisticated aesthete. He moved in the heterogeneous circle of intellectuals the theologian Johannes Müller gathered at Elmau manor (that last made headlines during the G7 summit of 2015) where the prince established contact to liberals and social democrats, among them Anton Fendrich. Whereas some of the Elmau circle later on turned to the extreme right, Max von Baden kept his distance from any kind of extremism. The tone of this part of the exhibition is private, almost intimate. Personal possessions and private papers of the prince are on display that offer a glimpse into his daily life and personal feelings.

Even though Max von Baden had already retired from the military, he served again in the general staff after the outbreak of the Great War. After retiring from active duty due to his failing health prince Max began his real work during the war: He arranged support for prisoners of war inside and outside Germany. Max organized large scale exchanges of prisoners of war between Germany and other nations. A number of original documents including newsreels rightly emphasise Max’s humanitarian activities and achievements. 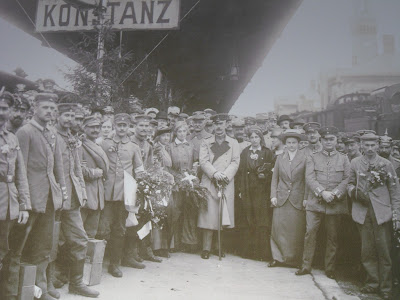 The fact that Hindenburg und Ludendorff, the de facto military dictators, tried to use Max’s honest efforts for their propaganda does not lessen the merits of the prince. Given his international reputation and his connections to the Social Democrats, Max von Baden was almost the ideal candidate when the German Reich needed a new chancellor after the fall of von Bethmann-Hollweg and the resignation of von Hertling. It was clear that it would be the most invidious task of the new chancellor to admit defeat and to arrange the surrender of Germany. The exhibition presents a number of original documents including a placard with an entire speech by Max von Baden in which he tries to sketch terms for peace. Still, it would have paid to say even more about the last weeks of the war, Max’s negotiations with the Social Democrats, especially Friedrich Ebert, and Max’s fight against Ludendorff that ended with the latter’s downfall. We learn almost nothing about the constitutional reform of October 1918 that completely redefined the role of the Reich parliament vis à vis the monarch, and about Max’s decision to force Wilhelm II to finally abdicate. 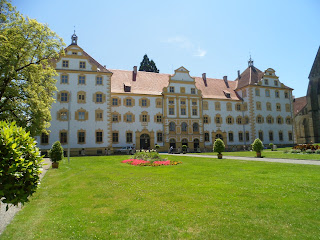 The last part of the exhibition is about Max’s relation to Salem public school he helped to found in 1920. The fact that Max von Baden publicly urged Reich president Ebert in 1923 to fight both Communists and Nazis more vigorously is mentioned but not explained any further. More could have been said about Max’s memoires, originally published in 1927.

The exhibition strikes a good balance between original text documents and other exhibits. It is necessarily somewhat ‘talky’ but never ‘chatty’. Indeed, a little more background information might have helped to understand the complicated developments of 1918 better.

The exhibition certainly succeeds insofar as it helps the visitors to understand the ‘man without desires’ somewhat better. Even though it is in part based on primary sources that came into the possession of the Karlsruhe archive only in 2014, the exhibition admits that it offers new insights but no spectacular news that would answer all open questions. One might see it as part of the success of the exhibition that it modestly refrains from trying to explain the enigmatic figure of the Baden prince fully. One of the most impressive exhibits is a statuette the prince had created according to his own wishes: It shows Max von Baden in his officer’s uniform complete with ceremonial sabre. Avoiding the beholder’s glance, he stoops down to read in a large book his balances awkwardly in one hand.

Admission fee (including the exhibition, the manor, the park – plus two mazes - , Salem monastery church and school grounds): 9 Euros

A collection of essays about Max von Baden is available at the museum: Konrad Krimm (ed.), Der Wunschlose (Stuttgart: Kohlhammer 2016).