Beyond photography: A history of criminal identification 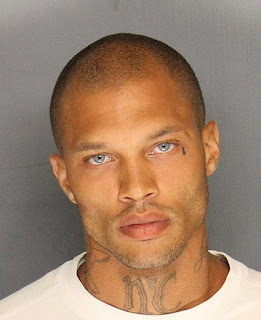 Focusing on artistic material allows me to reveal the extent to which criminal identification was a cultural and specifically creative and even artistic practice so that I re-read the history of science in terms of art and the history of art in terms of science. At the same time, this kind of interdisciplinary approach brings the arbitrariness of disciplinary boundaries and boundedness into view. For example, my doctoral research tackled the scholarship of one of the most famous figures in the history of what today we call criminology, the criminal anthropologist, Cesare Lombroso. My research began from a point of irony: Lombroso’s work was so materially comprised and received as visual, yet this aspect of his work is almost completely ignored.

This led me to researching never-before translated aspects of Lombroso’s entire oeuvre which revealed his thinking on the epistemology of the visual arts as it contributed to his criminology. And although art historians have pointed, mostly in passing, to Lombroso’s consideration of prisoners’ creative outputs, my research shows how Lombroso disregarded their outputs as mere craft, not art - adding the interesting nuance of a 'born-criminal' identity to the craft/art distinction. Indeed, Lombroso spent a great deal of time considering the artworks of the most famous (and sometimes infamous!) practitioners of the visual arts in Western-European art history. Fascinatingly, those artists who were not 'born criminals' who had murdered or raped had produced, Lombroso argued, consummate evidence of his theory of criminal identity.

It would be easy to think that these, overtly artistic representations of criminality are defunct today. However this story is not so straightforward. Indeed, even in Lombroso’s time, the gentleman-scientist himself was citing works from the history of art which dated long after photography’s inception and even dominance in studies of criminal identification. And today it remains the case that artistic media continue to embody a curious relationship with crime and criminality. By the twentieth century crime scene images in Scotland were still being line drawn and rendered in watercolour (figure 2; thanks to Anne-Marie Kilday for showing me one such image) as was the case pre-and-post-photography, as in Lombroso’s research. 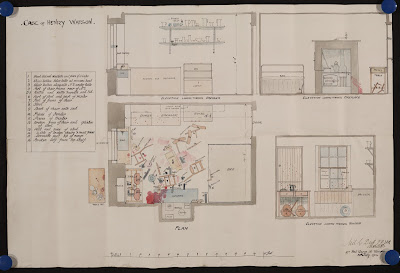 Today in British court rooms photography is still relegated to the margins by legislation. It seems that when it comes to representing crime and criminality, even within the formal institutions of criminal justice, line drawings, rendered in charcoal, pastels and watercolour remain the preferred media. It turns out, then, that little has changed from when Edgar Degas; well-known post-impressionist but probably not-known criminal courtroom artist, was creating his own images of defendants in the Parisian criminal court. This reflection steers my next major research project as I delve further into the relationship between art and objectivity, this time away from the history of science and criminology and into the court of law.

This resonates with my undergraduate studies in Law. I wanted to practice as a criminal lawyer; but spare time spent in criminal courts quickly became a fascination with the remnant iconography of the courtroom. During my taught postgraduate Masters I wrote essays and a dissertation on images and crime and justice. For instance, the image on the front of Michel Foucault’s Discipline and Punish (figure 3) was probably the most captivating part of that canonical work for me and so I interpreted Foucault’s history of modern punishment through that one, single image. 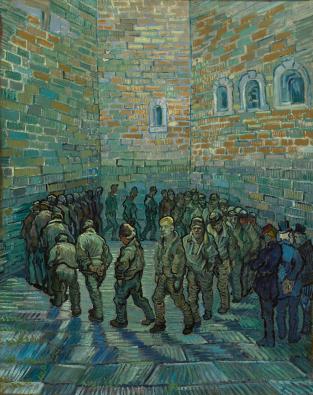 In terms of Brookes’ emphasis on research-led teaching, my research has already had an impact. Walk into any introductory/early undergraduate lecture you are likely to be met with the rows-upon-rows of portrait photographs from Lombroso’s criminology. Indeed, this remains the most reproduced aspect of Lombroso’s scholarship (Past, 2012). On delivering the first degree lecture in criminology here at Brookes it was refreshing not to reproduce those tired, photographic mug shots from Lombroso’s criminology. Instead I was able to show some of the most famous artworks in the history of Western-European art!